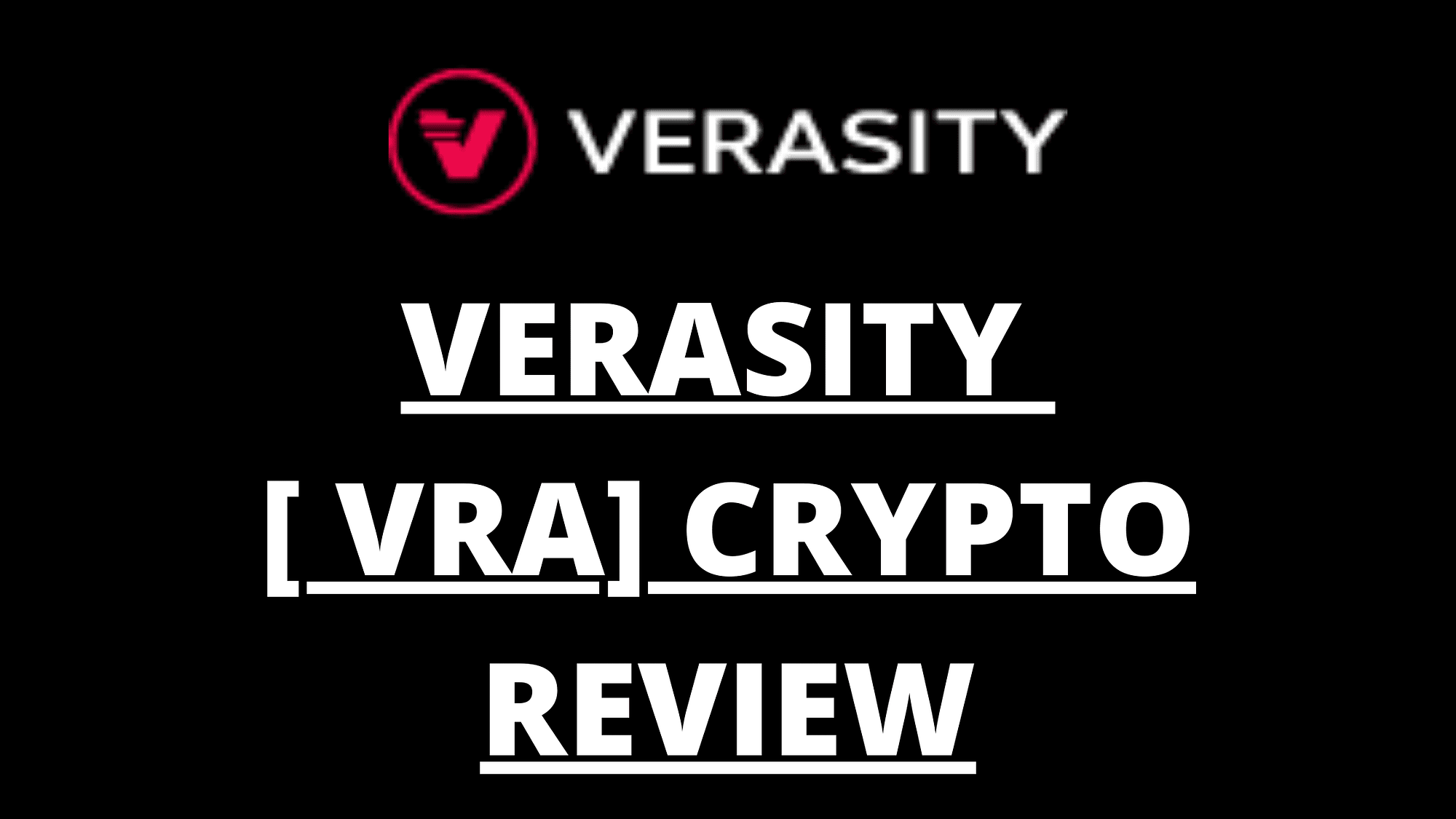 When Bitcoin and other popular cryptocurrencies fall in price,
investors look for gems with lower market capitalization.
While Verasity may not be as popular yet as Bitcoin dogecoin and Ethereum,
its price performance has been phenomenal over the past few months.
What exactly is Verasity? Does it have the potential to be the biggest altcoin on the market, or not? Read this blog to find verasity crypto review ..

Verasity (VRA) is a revolutionary blockchain protocol and product platform that aims to serve the needs of the video entertainment industry, esports and nft.

Verasity launched in 2019 and was granted a U.S. Patent for its Proof-of-View technology in 2021. Verasity (VRA), an ERC20-compliant token on the Ethereum network,
is used on the platform as a reward or payment method.

Verasity uses the patented Proof of View protocol (PoV), a blockchain layer protocol.
This is what makes it unique. PoV’s basic idea is that VRA tokens will be minted whenever a viewer watches a video.

Verasity has many mechanisms that ensure that the system of vra does not get misused.
For example, you will not be rewarded for playing loop videos or opening multiple videos in different tabs.

Both content creators are, and viewers are rewarded for helping build an ecosystem that is beneficial for everyone involved.
VRA tokens earned through watching and producing videos can be converted into BTC or ETH.
They can also be used to pay directly on Verasity partner websites for goods and services.

Currently, the Verasity ecosystem includes Esportsfightclub.com, focused entirely on esports and Verasity. Tv, which is a general platform for all types of video content. Verasity tokens can be earned by visiting these websites. Thanks to the VerasitySDK integrated, videos from popular platforms such YouTube, Twitch, Vimeo, and Vimeo may also generate VRA.

The project has covered the remarkable ground since its inception, expanding its use cases as the market for its coin increases. Is it reasonable to expect Verasity to experience explosive growth in the next few days, weeks,s or months as a unique project? Verasity crypto review

Is verasity crypto a good investment?

There are many reasons that $vra is a good investment for the near future.

1. Patent proof of view ( Creators have trouble monetizing their content on video platforms. Fake views and fraud are the problems.Verasity’s patent-pending Proof of View (PoV) technology detects fake views, bots, and manipulation of audience metrics.
PoV guarantees that only real views are counted, that only genuine views are counted, and that all recommendations and content surfacing are accurate. Views on Verasity have real value.

3. The AD industry is massive, and esports are overgrowing all over the globe.

4. CT community ( Verasity is home to one of the most trusted Crypto Twitter communities I know, where people trust and believe in this project.

5. It’s not yet listed on major exchanges such as Binance or Coinbase. This is also a reason people believe it will grow in the future. Coinbase and Binance listing are a big hype in the crypto space, and people will be more aware of the coin when it’s listed there. Verasity crypto review .

verasity crypto where to buy?

You can buy vra through kucoin exchange

Looking for Verasity price predictions/forecast in 2022, 2023. 2024. 2025. 2030? Want to know the future prices of Verasity(VRA)? We will examine the past prices for Verasity (VRA), as well as what experts think about its future price actions. Predicting something perfectly is impossible. We’ll try our best. Let’s start.

According to coinpedia, The platform is hopeful that Coinbase will list it in 2022. This would mean that the price could rise to $0.315, failure to launch upgrades,
And probable bears domination will cause the price to drop to $0.099. The VRA price can trade at an average $0.1685 value with constant buying and selling.

The future looks bright for Verasity with promising events and the video streaming industry, NFTsmarketplace, and gaming space all set to prosper in the coming years.
The VRA price could reach $1.254 if the network achieves the updates according to their roadmap by the end of 2025.

The flip side is that if the platform fails to attract the attention of its user base and falls prey to widespread conjectures, the bears could easily take control.
In this case, the VRA price could drop to $0.895.

He was also the CEO of Datacard, a data management firm. Before joining Verasity, he also managed to locate other companies in privacy management and the media industry. David Archer is a director of Verasity Foundation. He graduated from the London School of Economics & Political Science. Others such as Sergy Molybog and Kyrylo Bik have a track record in programming languages.

The platform also has a clear and concise roadmap that outlines its goals for each market.
The team has launched VeraWallet, video ad campaigns and hosted Esports tournaments. They also created a new tournament site. Vra plans to launch its own NFT platform and VeraViews, an advertisement platform. There are lots of other projects on the horizon.

Verasity (VRA) offers a unique and patentable Proof of View system.
This system is designed to eliminate NFT fraud and the problems associated with video advertising.

It is not yet listed on major cryptocurrency exchanges like Binance and Coinbase; then, the price of vra will continue to grow.

Coinbase listing and Binance listing are big in the crypto space.
People will be more aware when the coin is listed there.

So if vra list in top exchanges, there is a high chance to hit $1.

3. What are your thoughts on Verasity? Is it worth investing in?

It has patented proof of view tech that eliminates fake views. The ad industry is worth more than $300 billion. Investing in vra depends on your risk appetite, Don’t invest more than 1% of your capital.